➤Damminix Tick Tubes® work. Tests have proven that the risk of encountering infected ticks on treated property can be reduced up to 97% by the use of Damminix.

➤Damminix Tick Tubes® use the pesticide, permethrin, which is highly neuro-toxic to ticks, does not hurt mice, other mammals or birds, and is so mild that it has been approved by the Food and Drug Administration for use in a head louse shampoo for children.

➤Damminix Tick Tubes® are not a spray but rather an environmentally responsible treatment that effectively gets to the root of the problem without harming other life forms and vegetation. The cardboard tubes are biodegradable and do not need to be inspected, picked up, or discarded. They will eventually rot harmlessly and disappear, but not before they have killed hundreds of Lyme disease carrying ticks.

➤Damminix Tick Tubes®enlist the aid of the common field mouse by providing them with pesticide-treated nesting material, cotton balls, in biodegradable cardboard tubes which are placed out in brush and flower beds (not on lawns because mice do not make their burrows on lawns). The mice find the tubes and collect the cotton for their nests. The pesticide on the cotton gets on the fur of the mouse, and is brought into the burrow. The mouse is transformed into a very efficient tick killer. 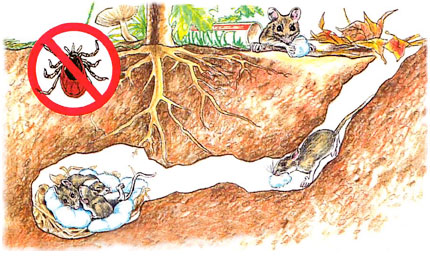 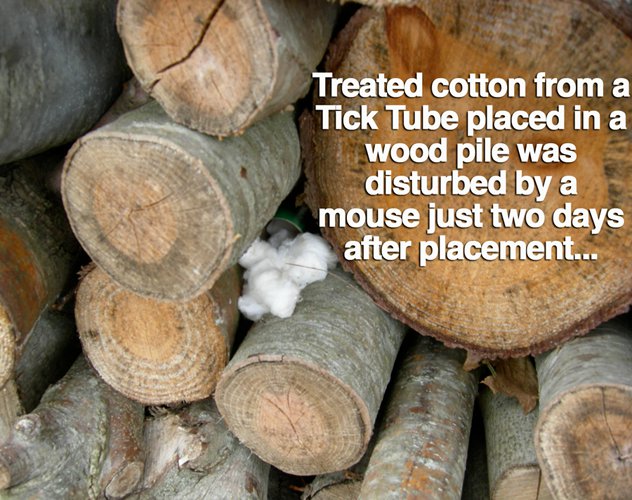 ➤To use Damminix Tick Tubes®

Simply place tubes in areas around your yard where mice frolic. That’s it! Mice will do the rest for you by gathering the cotton to build nests in their burrows.

➤How many Damminix Tick Tubes® do I need? Remember, you are treating the areas where mice frolic…

➤When is the best time to use Damminix Tick Tubes®?

➤ ➤ In the Eastern and Midwestern portions of the United States, perform two Damminix Tick Tubes applications per tick season. The first application is in the spring or early summer when nymphal ticks are feeding on mice and the second in the late summer when larval ticks are  active.

➤➤The summer application is crucial to the success of the Damminix tick control strategy. Mice are more plentiful by late summer and this is when most nest-building takes place. In addition, larvae are at their feeding peak during August and it is these larvae that become the next year’s nymphs! 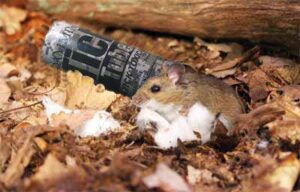